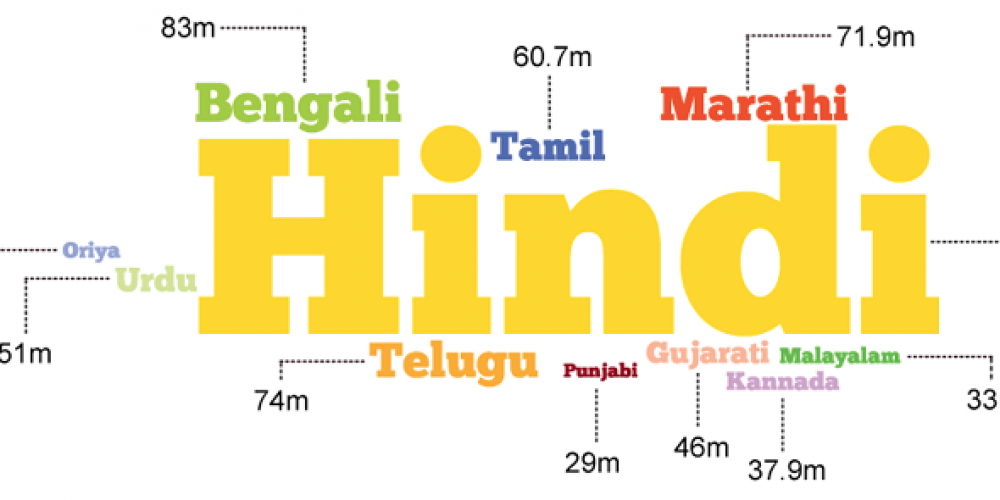 A large number of languages have their origins in India. According to Mark Twain, India is considered as the birthplace of human speech. Even the Indian “Rupee” has 18 different translations. This clearly shows the language diversity which exists in India and how important it is in shaping the cultural diversity of India.

India is considered a truly multicultural, a country of contrasting backgrounds, customs, and lifestyles.

According to 1961 census data, over 1,650 native languages were identified on the Indian subcontinent. Of these, 29 languages are recorded 40 years later as spoken by about 1 million people each. Even so, the government of India has granted only 22 of these with the status of National Language.

Most of the languages used in India have their own alphabets, except for Punjabi, Kashmiri, Urdu, and Sindhi which use variants of  Arabic Script. Hindi and the other languages use the Devanagari script which is written from left to right.

Roots of the Four Language Families in India

The English Language in India

English was introduced during the colonial period and has had a special importance ever since then. It is used as a language of government, media, science, technology and also education. There are about 125 million people in India who speak English. One can, therefore, say that it is the second most widely spoken language in India after Hindi.

Hindi and English are the official languages of the central government in India, but individual state parliaments can adopt any of the 22 approved languages for use at the state level. Individual citizens of India also have a right to use their own language in their dealings with any government agency.

Thus, we can say that India has a wide spectrum of languages. Each language has its own unique significance based on usage. To communicate effectively in India, the choice of which language to use should be based both on ease of use and on the geographic spread.