Acronyms in Lithuanian language: to be censored or accepted? 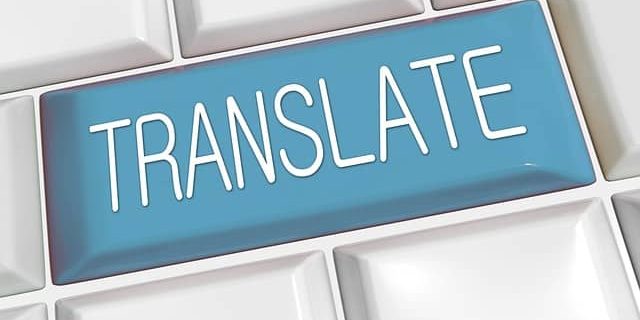 Have you ever received a short message or e-mail with a set of incomprehensible letters? If you have, you have faced an acronym – an abbreviation of words which is usually used in order to save time and avoid a long expression.

Usually these are the first letters of words, for example, OMG (Oh my God), YOLO (you live only once), etc.

Such acronyms may frequently be seen in online chats or heard in words of songs of famous performers. Abbreviations of words are very popular among teenagers, and manufacturers of clothing and accessories use this fashion that gained popularity rapidly and create clothing lines with decorations of acronyms.

Specialists notice that such abbreviations of words are not avoided by elder people too. Such acronyms are completely unwanted and unacceptable in business due to evident reasons – it is simply incorrect and unprofessional to communicate with business partners in this way. However, several exceptions exist even in this field: ASAP (as soon as possible), FYI (for your information), CEO (chief executive officer), n/a (not available), TBA (to be announced) PR (public relations), etc. By the way, the acronym LOL (laughing out loud) has been included into the Oxford Dictionary.

Of course, it would not be purposeful to consider acronyms a language derivative of the always hurrying and busy man.

First acronyms appeared back in the Ancient times, to be more precise, in Ancient Rome. Romans introduced such presently widely spread acronyms as AM and PM (meridiem and post meridiem in Latin), which mean the time before noon and after noon, in order to avoid numerous words. Contemporary acronyms are not typical to English-speaking countries only.

Such acronyms may be found in every culture that uses the Latin alphabet. Lithuania is no exception – we use acronyms almost every day and are so much used to them that we do not even notice it, for instance, Sodra is an acronym of the institution Valstybinio socialinio draudimo fondo valdyba (State Social Insurance Fund Board in English).

Therefore, acronyms are not only the first letters of words that can be pronounced like words but also artificial abbreviations of complicated names. This may be a regular word, an abbreviation formed of letters or digits according to the general rules or a meaningful set of words.

Very often acronyms exist as symbolic names, for instance, the English-Lithuanian dictionary Alkonas or the dictionary of international words Interleksis. These names are also acronyms.

You should use acronyms carefully, especially if you do not know their exact translation. A perfect example is SOS, which is well known to everybody from various films and which is most frequently used as a call for help. The meaning of this acronym is Save Our Souls; therefore, if we translate it literally, most probably, it will not mean that kind of help which you expect by writing an SMS to a friend or close person “SOS, I have a flat tire”, will it?

Various acronyms have been used for several thousand years already; therefore, they surely do not endanger the language. On the contrary, the knowledge of acronyms is an inseparable part of knowing the language.

Still, we should be aware about the difference between the historically well-established acronyms or the ones used in the business world and “pearls” invented by teenagers.